The rest of our little break was delightful. We hit the sandpits, took bike rides, walked to a candy store…Just all around good stuff.

Charlie, too. They both went to their school Open House like this, so their teachers saw them for the first time with mustaches on. Being memorable definitely counts for something!

Oh yes! And there was that day that Henry was the queen. We read a pretty awesome book about a goose stealing the Queen of England’s purse that inspired some super fun dramatic play.

The boys went to the State Fair with the Novaks and enjoyed some Pronto Pups and mini donuts. 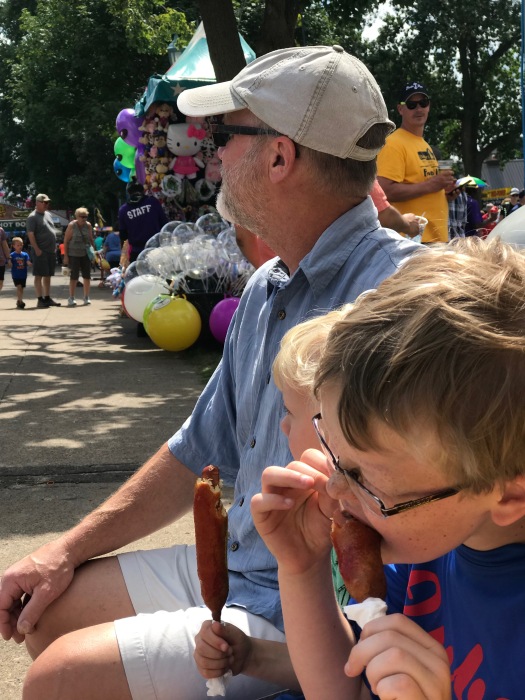 Charlie has been wanting to ride the BIG ferris wheel for years, and finally the line wasn’t prohibitively long. 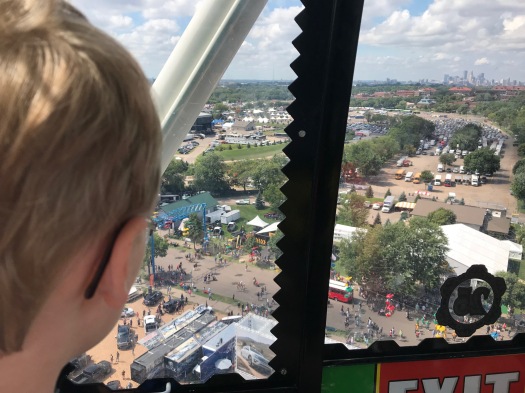 We’re in the process of looking for new couches–it takes Joe and I years to pick out big things like furniture. We’re willing to stick with what we’ve got–regardless of the state of it–until we find precisely what we’re hoping for. So we did some perusing over the weekend to get inspired. Charlie loved this chair, but I can’t tell how Henry felt about it.

I got no good pictures of this, but we got to spend time with my mom and Arlys on the front and back end of their bicycling tour of the Netherlands! It was great to get some time with them, and to hear about their trip while it was all still fresh. Naturally, we had to have poffertjes to welcome them back. 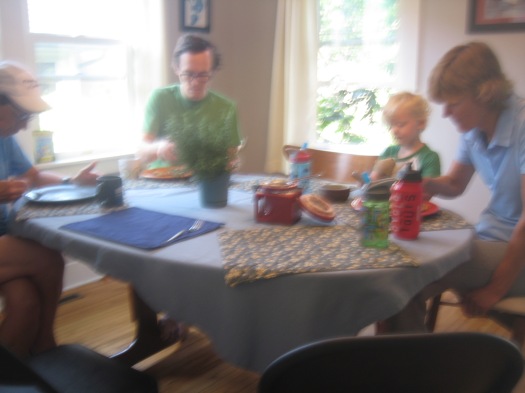 Little did I know they came with their own Dutch breakfast to share. I enjoyed several rounds of Hagelslag! 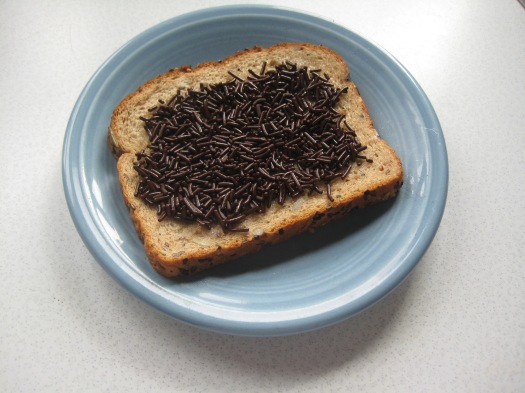 I eventually decided it might be nice to share at least ONE of the four packets with the boys, so I sacrificed. They loved it, naturally. 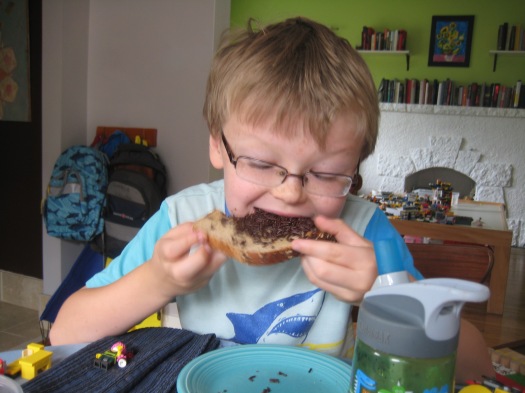 Sigh. And now. Back to school. It’s tiring to be back in class. Here I am in the classroom I spend three nights a week in.

At least during the day I’m doing observation hours in schools, so that part is fine. I’m TOTALLY on the right career path, which is fun to know. I love spending time in art classrooms, and I can’t wait to have one of my own. Right now I’m at an elementary school, and man I love those ages.

Charlie and Henry are back in school now, too, which is going super well. Henry was not so sure about going to school, but his first day was “awesome!” and he’s been excited to go every day since. Hooray!

He’s been learning a lot, surely, but mostly I know that he’s learning to cross his eyes. Here’s how he gets there:

As a third grader, Charlie is already a pro at the eye crossing thing.

Henry’s also learning important skills outside of school. Like, how to turn a napkin into a hat… 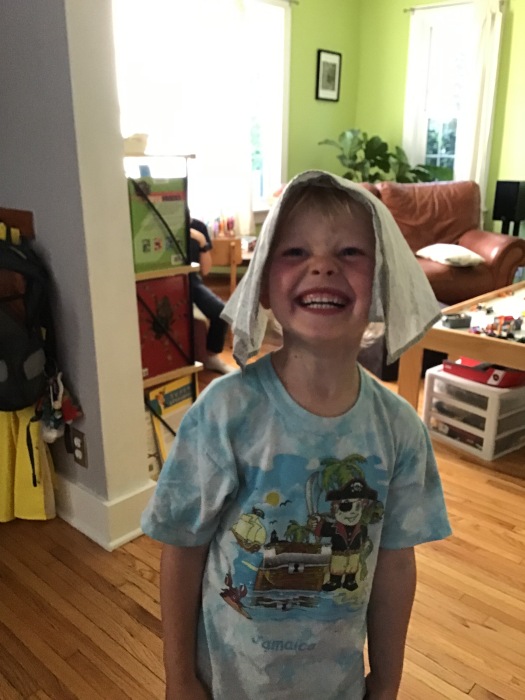 …and how to get abs of steel at the grandparents’ house.

You know, the really important things.

We did construct a suspension bridge out of dental floss and packing material in our mud room this past weekend, though. So don’t worry, it’s not all serious all the time at our house. We have fun, too. 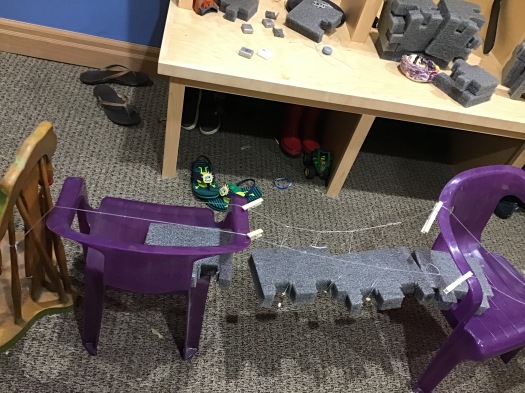